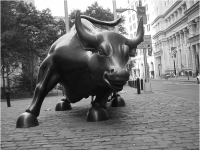 DM v. Econolite Traffic Engineering and Maintenance Inc., et al. Orange County Superior Court Case No. 30-2008-00 I 01378-CU-P A-CJC:
FACTS: On Nov. 27, 2007, at 3 p.m., plaintiff DM, a 47-ycar-old financial planner, was in a crosswalk crossing at tlre intersection of tlre 1-5 freeway ramp and Newport Beach in Tustin. He was struck by a full-size pickup truck that was being driven by Rexal Ford, after Ford made a right tum from a red light onto the ramp.

The plaintiff sued Ford and his employer, Econolite Traffic Engineering and Maintenance Inc.
alleging motor vehicle negligence. The defendants did not contest liability but claimed tlrat tlre sun was in Ford’s eyes at the time of the accident.

The defendant alleged that plaintiff’s traumatic brain injury was pre-existing and not caused by the accident.

FACTS: In April2005, Rama Katwaroo used a “healing lamp”he had purchased online from the defunct healinglamp.com website.The self-proclaimed healing lamp was supposed to relieve a foot ailment, but instead caused a severe burn to Katwaroo’s foot that forced part of his foot to be amputated.
On a products liability theory, Katwaroo sued .the manufacturer, marketers, distributors, and owners of the healing lamp.

Following trial, a verdict was returned for the Plaintiff against all defendants for the amount of $5,838,790.00.

JANE DOE v. ROE HEALTH INSURANCE PROVIDER
In November 2003, Doe was diagnosed with cancer. Soon after, she was denied treatment coverage by her provider.
Doe sued her provider for bad faith. Her 55-year-old husband was also named as a plaintiff.
The defendant provider claimed Doe misrepresented her weight when she filled out her application and as a result, her treatment was voided from coverage. The plaintiffs counsel countered that even if Doe misrepresented her weight, it did not preclude her from vitally needed coverage.

INJURIES/DAMAGES cancer
Doe claimed she needed surgeries and chemotherapy treatment as a result of her cancer diagnosis. She claimed medical costs were $850,000.

RESULT A $1,295,000 settlement was reached between the Parties in advance of binding arbitration.

On April 17, 2008, two African-American males were driving in a 1997 Pontiac Grand Am on the 710 North freeway near Long Beach when they were cut off by a phantom green car. They didn’t hit the car in front of them but were rear-ended by a tractor trailor. The property damage was about $5,000.
The driver suffered injuries to his neck, back and ankle. The passenger had a non-displaced fracture at the C-2 vertebrae with no surgery. The total meds were around $100,000.
Both plaintiffs had significant pre-existing injuries. Additionally, the driver had three felony convictions.
The defendant contended it was a “staged accident” and that the plaintiffs intentionally caused the accident (the defense pre-trial 998 offer was a waiver of costs).
After a 4 week trial, the jury rejected all of defendants’ arguments, and returned a verdict of $632,000.00.

SEMAPHORE TAX STRATEGIES, LLP v. WILLIAM SLATTERY
San Diego Superior Court Case No. 37-2008-00100995-CU-BC-NC
Defendant William Slattery fraudulently and materially breached the terms of an Asset Purchase Agreement that he entered into with the Plaintiff on or about March 7, 2008.The key terms of the Agreement provided that defendant would sell to Plaintiff his existing business, client list, goodwill, and other assets in exchange for the purchase price of $968,229.90.
Immediately following close of the sale, defendant began stealing clients and funds from Plaintiff in violation of the terms of the contract and an express non-compete agreement.